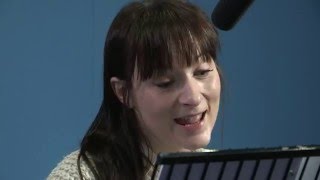 “Why do the nations rage?” Psalm 2, written by David, is a treatise on the tension that exists between humanity and God—basically because man wants things his way. David, God’s chosen king, was placed in authority over land that God would survey from Egypt to the Euphrates River. He overthrew the wicked nations that occupied that space. Some people loved David, and some—even his own people—hated him. But that didn’t matter. God had decreed that David would be king, and n

The Boy Who Discovered that Wire can “Talk”: The Invention of the Telephone

Alexander Graham Bell’s interests began to broaden and include the mysteries of telegraphy. He knew that telegraph messages are carried by means of a charged wire, and he wondered why the human voice could not be carried on the wire. The more he thought about this idea the more reasonable it seemed to him. So he began to try to make an instrument that would send the voice over the wire and catch its clear tones at the other end. Alexander and his friend Thomas set to w

Welcome to the brand new website of Lamplighter Theatre! Finally, a website dedicated to the popular family dramatic audio series that airs on 1800+ radio outlets, in 29 countries! Browsing through this site, you will soon find a beautiful dedicated section devoted to each of our audio dramas, and you will have the opportunity to get a deep glimpse into each of our unique stories, discovering which one is the best for your family...if not all of them! Stay tuned on this blog

Character and the Cross

Turn Aside to See!

Turn Aside to See!

A Dye of High Price

The Heart of Artistic Excellence